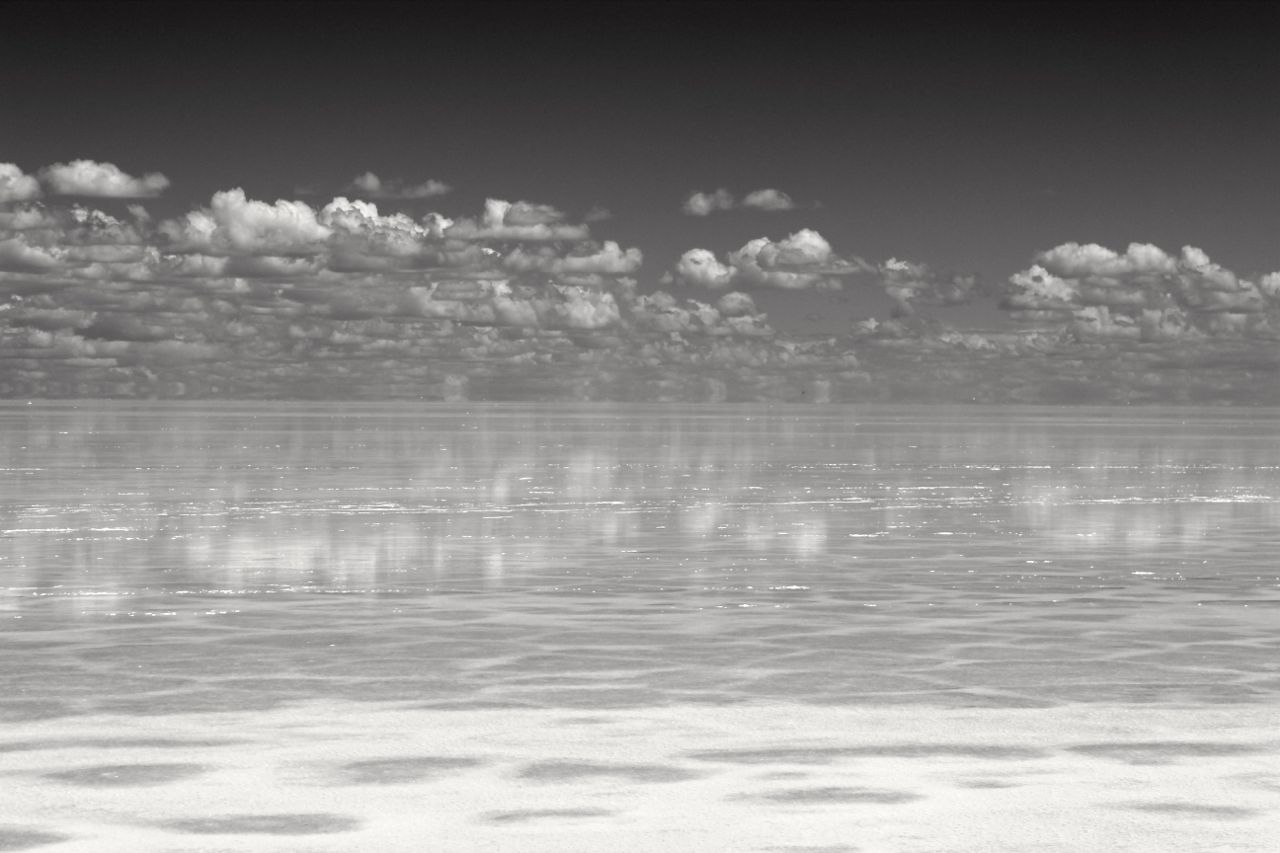 My mother cuts a hole in the bottom of a black plastic bag, and places it over my head. I surface, my hands by my side, the deep smell of it all over me.  She cuts a hole at each shoulder for my arms, which I pull through. The kitchen scissors at the time had a deep red handle and long, blunt blades. You can see the sleeves of my sweater now, pink and teal and patterned. Mam tapes me in at the waist with sellotape to give an illusion of a skirt. It almost goes to my feet – my ankles, my white socks, my shiny patent leather shoes from Clarks. My eyebrows are penciled dark, a long, severe plastic nose from the pound shop placed over my own – the elastic white and catching in my hair, still curly, still mouse brown. On my head she crowns me, a steepled black hat with a huge brim, fringed with white hair almost like tinsel. Into my small hand she passes a broom made of twigs and a stick.

My mother made a witch of me first, some October in the ’90s.

Patricia is a former computer programmer and wedding-cake maker, short, blue-eyed with a neat chestnut bob and straight teeth that somehow dodged my extension of her gene pool – fingernails always neat. My mother, Doctor Who, Brian Cox, online night classes in astrophysics. My mother, rational, razor sharp. This is the first time I have written about her.

The food of my childhood was earnest, undecorated vegetables and meats: though I didn’t eat or engage with much of it. I was a picky teenager who left many a meal untouched, grappling with anxiety that lived in my gut and made it almost impossible to enjoy eating in any capacity. My mother simmered, tolerated my rudeness, and continued to prepare & offer me food regardless of my unending rudeness, my inability to engage with any food that didn’t provide a sharp hit of sensation, a sugar rush, a salt hit.

To this day I have that problem, only now with vinegar and heat. I aggressively over-season everything, liberal to a flaw with granulated onion and garlic, the cracking symphony of black pepper. My mother order fries in the Vietnamese restaurant – says she prefers things to just taste like what they are, as I proceed to lay waste to my palette with Sriracha. My mother can taste varnish in Coca Cola, can’t be a country mile near mulled wine or she’ll be smelling it for a month. Knows if the fryer oil in a chipper isn’t fresh. Asks questions about how things taste though, doesn’t rule things out; is newly enamoured with sweet potatoes, slowly caramelising red onions for jam.

Sometime in the mid-2000s, I found half a Toffee Crisp, cut neatly in half with a butter knife in the fridge. I stared at it, baffled. Mam loved Toffee Crisps. Her self-control is astonishing to me now as it was then.

All of the cooking done in my family home since 2011 has been done without the addition of salt. That there is a recipe book – a spell book to which the dinner table is bound – given to us by a hospital in order to keep my father healthy after something sly and insidious took our family by complete surprise. Bananas, spinach, blueberries – gone. Many other things too, obvious, ordinary things, disappeared. Salt disappeared.

I lived in America between 2012 and 2015, so I missed a great deal of this time. I grew heavier on new flavour, on irresponsible portion sizes. On burritos the length of my forearm, on basins of pho – on all that goddamn brunch. When I arrived home, our house on the Crescent had been scoured for the mineral; every meal respectfully and mindfully crafted with my father in mind. This is how we pull together, get through this, drink red wine on the other side.

I sat down to spaghetti Bolognese during my first days back in Ireland. Bolognese, sans the white mineral. Bread on home-baked rolls with unsalted butter and fresh chopped garlic. I inhaled it – my grandmother remarking she’d never seen me clear a plate as fast. My mother smiled a glint, ‘Sure you weren’t hungry at all, were you?’

I could taste the quality of the meat, the depth of the tomatoes, the pang of garlic, the soft, fifth-taste-touch of the mushrooms. The onions so soft they were almost invisible. Without salt, you are forced to confront the workings of a sauce like this. You have to stare down the ingredients for what they are.

Salt is a luxury. Currency they paid Roman soldiers. It is a healing thing. Abrasive. Our tears are full of it. The ocean. At my desk there is a fat pink rock of it with a tea-light in its belly. It glows. Aren’t we meant to put it in a circle around us if our house is haunted? Fill our pockets to keep the skittering monsters away? Lot’s wife, a cursed figure made of it, left staring at the horrors in the distance as her family fled – that’d be me, looking over my shoulder.

I am greedy for it. Put it in fat, white snowflakes on my caramels, on dark chocolates. MSG in a black bottle flicked into soup. Celery salt, onion salt, merlot salt all purple, tiny jewels. I love it and how it galvanises taste. Chicken stock, vegetable stock, soy sauce, fish sauce. Add too much? Whip in some sugar. Crystals everywhere.

At my parents’ table, I hold back – like they all have, in solidarity, since before I left.

A single salt-shaker sits on the windowsill beside a rock of amethyst and a porcelain figurine of Jemima Puddleduck in her bonnet and shawl. The shaker is a crystalline thing itself, the look of a fancy glass decanter about it. It remains largely untouched.

My mother, all fortitude and power, eliminates all untoward minerals from pies and cakes and Sunday dinners. She scours her recipes for things that will damage her husband. She is rigorous, a poison detective – there is nothing that gets past her. My father begins to bake desserts, takes up bread-making. The kitchen in our house is the engine of survival, an atrium with robin’s-egg blue presses, overlooking a neat garden, where vegetables that need a close eye grow. The rest Mam grows out in her allotment.

Tall stalks of sprouts (which she boils, rather than my approach of slow-roasting them with balsamic glaze and pancetta), feathery lettuces, planetary onions. In summer, strawberries throw themselves out of their patches, she finds their pale leaves, their tiny buds amongst her rows of curly kale.

As a child, around Hallowe’en, she would make it in spades. Long before Beyoncé’s sweater and smug juice-cleanses and baking it really slowly to make it into a depressing approximation of crisps, kale for me was Samhain, was the turning of autumn to winter, was the giving in of the world; as exciting as the Easter egg, as the selection box, as Pancake Tuesday.

Bright, sharp white onion would crown a mountain of mashed potatoes marbled with bright green kale, a hot river of yellow butter volcanic down the side. My favourite thing, still. A child in a black plastic bag, heaping potatoes and greens into her, ready to take on the night, to be spooky rather than spooked. My mother, then in her thirties, hair bobbed just the same, a mystery to me, building her kitchen, her home.

A witch, even then. Cleansing, protecting, harvesting.

Your recipe this month is just this:

Sarah Griffin is an Irish who has just arrived back in Dublin after 3 years abroad. She’s an Aquarian and a feminist. She has a masters degree in writing from NUIG and is only interested in video games that came out before 2005. Her current favourite food is anything covered in Sriracha. Pray for her palette. You can buy her nonfiction book about moving away, Not Lost, published by New Island Press, in all good bookshops in Ireland. Her YA debut, Spare & Found Parts, is coming from Greenwillow Press, an imprint of Harper Collins, in the autumn of 2016. She tweets (mostly animal pictures) @griffski.

One thought on “Sarah Maria Griffin: Eat Your Heart Out”