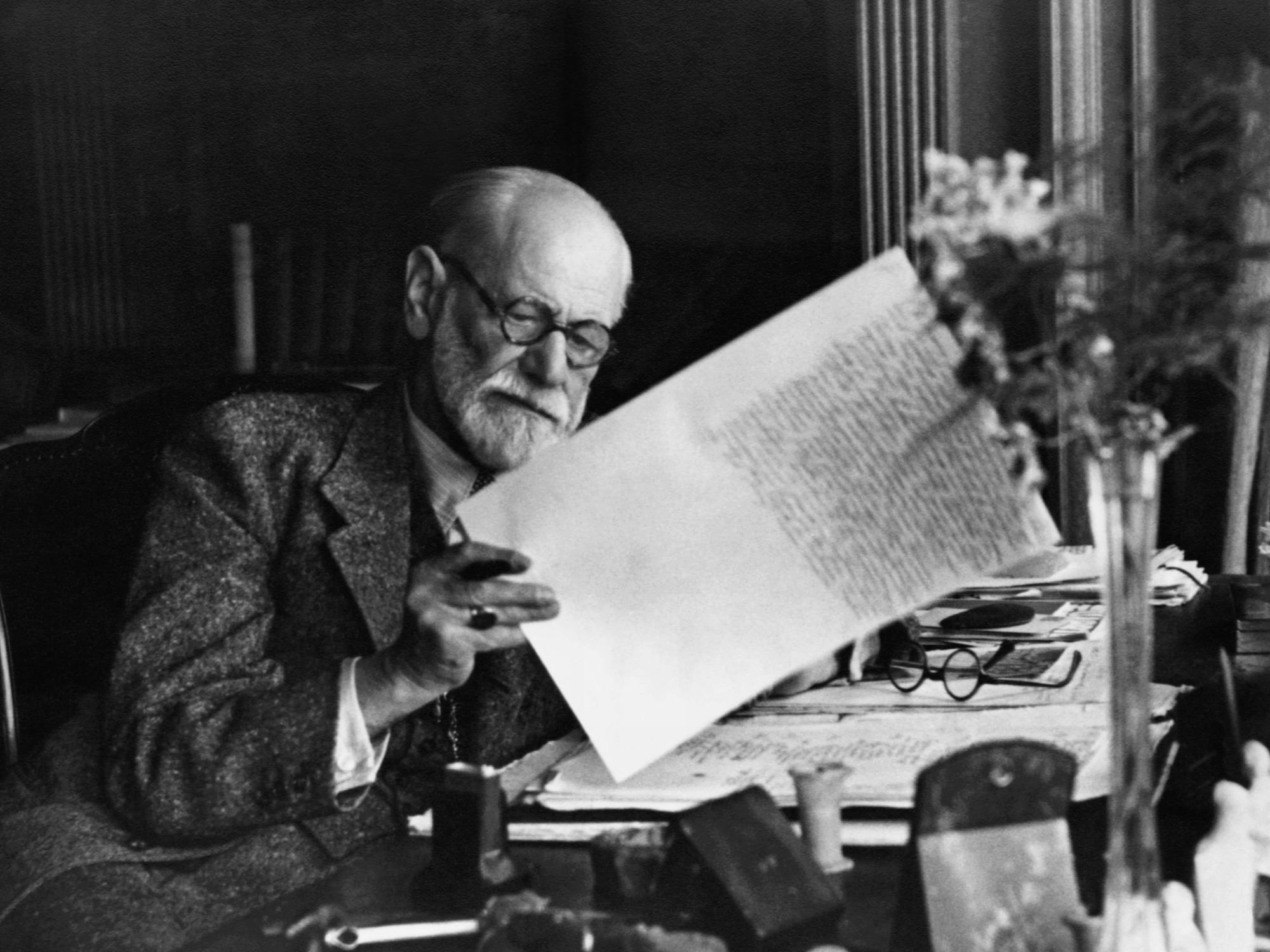 In 1896, Freud published The Aetiology of Hysteria, where he posited his theory that every woman who presented with hysteria had been the victim of sexual abuse.

Given the sheer numbers of women diagnosed with hysteria, Freud had suddenly implicated hundreds, thousands, countless respectable and well-regarded men with abusing and raping women.

Within a year, Freud had edited his theory, now claiming that hysteria patients were fabricating their memories of abuse.

In an instant, sexual abuse had suddenly been reframed as a problem of the victim.

I’m tired of always hearing women’s stories of being raped.

Let me clarify: I’m not going to stop reading writing about women being raped. I’m not bored by it, or think it invalid, nor am I not affected it. I’m never not affected by it. I’ve read fictionalised accounts of rape and recovery that literally left me gasping for air. I’ve read memories recalled so perfectly that they unearthed my own deep-rooted emotions and expressed previously unuttered thoughts. I’ve read non-fiction about sexual assault that made me feel a deep, sacred, primordial connection with the writer, united as we are by this experience of embodiment that’s somehow quantum; this oppression and supremacy turned manifest. I’ve written about my own sexual assault, know the feeling of wanting to take ownership of an experience where your most basic autonomy – that over your body – was ignored, violated, decimated. I have been propelled by that desire to emit even the barest tendril of a whisper, just so someone lying on a floor somewhere may hear me and know I survived, that they will too.

But God, I am so fucking tired.

“I think surely some percentage of women hasn’t been raped. I don’t know though, really. Perhaps this is the kind of thing I could find out on Google.”

After the heinous events in Ferguson last year, the ever-searing Chris Rock gave an interview to Rolling Stone, in which he highlighted how the language of racial discourse and “racial progress” perpetuates a victim-blaming fallacy.

“When we talk about race relations in America or racial progress, it’s all nonsense,” Rock said. “There are no race relations. White people were crazy. Now they’re not as crazy. To say that black people have made progress would be to say they deserve what happened to them before.”

What Rock so astutely highlighted was the subtle narrative framing that places the victim rather than the perpetrator at the centre of the narrative. It ensures that the story remains one-sided.

It ensures that the story will never end.

This narrative framing also applies to rape. While writing by women who have been raped or sexually assaulted is hugely important, the absence of a reply by men about their capacity to sexually assault or rape is what has come to define this cultural monologue. By only showing one side of the narrative, we implicitly frame rape and sexual assault as things that happen to women, not as acts that are caused and committed by men. The focus is always on the victim, for as we raise our voices, as we share our stories, as we present our abused bodies for examination and submit our accounts for scrutiny, we become hyper visible; our pain radioactive, our words waiting to be dismissed, our statements ready for cross-examination.

Humanity has never done well dealing with abstracts, with complex systems of abuse. We need problems and perpetrators to be simple, recognisable; grounded not just in humanity but specific human beings, because when we can blame a problem on one individual, then we can punish them and pretend that the problem is solved. But since you can’t interrogate an abstract, can’t demand reductive answers or dole out easy punishments, we project our need to find someone guilty onto the victim. We ask what they did wrong, what they could have, should have done to prevent this, cloak ourselves in the delusion that understanding what the victim went through can help us avoid the same fate.

This is a lie.

We’ve say that rape culture’s problem is based on He Said, She Said, but it’s not. Male on female rape is only She Said, as men enjoy the privilege of getting to stay quiet. And when only one party speaks, that’s the only testimony we can examine, it’s the only evidence we have to disprove. And so we tear it to shreds, and call that justice. We call it balance. We call it by everything except its name, because men refuse to identify it as themselves.

Men are pleading the fifth, refusing to speak in case they implicate themselves, in case they admit their own propensity for violence. And we’re defending their silence, saying it’s their right, complicitly agreeing that their right to not examine themselves takes priority over women’s right not to be scared walking down the street, not to have to worry if their outfit will be later declared a provocation, not to have to think of her sexual history as a rap sheet, an invitation, an excuse.

Men’s right to not discuss rape has taken precedence over women’s right not to be raped.

“Here is a painting…The title of the painting is: Brilliant Women Talking About Rape Again (Instead of Talking About Their Art Or Any Other Topic.) … There’s this frustration I feel when I’m sitting with a brilliant and talented friend and I realise that for the past 20 or 30 minutes, we’ve just been talking about rape: our rapes, rape in general, rapists, rape culture, date rape, rape statistics, TV rape, rape apologists, rape flashbacks, celebrity rapists, our rapists.”

I no longer wonder if my female friends have ever experienced sexual violence. I don’t have to; I know. The one in four always find the other ones in four. And we talk about it. Because we can’t not talk about it.  We can’t keep the words from tumbling out our mouths, can’t stop talking about that day, that night, that party, that bathroom, that bedroom, that beach. Can’t stop wondering why no-one believed us, why we didn’t even believe it at first, why we couldn’t tell, why when we finally did it didn’t matter anyway, why it happened to us again, wondering if will keep happening, rattling off statistics about women who have suffered abuse or sexual violence being likely to suffer abuse or sexual violence again, wondering why statistics are written this way, why this is yet another thing pitched as our fault, why those statistics can’t be about how men who abuse and sexually assault women are more likely to target women who have been abused before.

I wonder if men ever sit around with other men and spend time talking about their capacity for sexual violence, repacking their behaviour from that day, that night, that party, that bathroom, that bedroom, that beach. Sharing stories about the time they wanted to fuck a woman, and she didn’t want to, and they kept trying to convince her. Agreeing that sometimes when a girl is unconscious, they’re tempted to look at her body, to touch her, because they can. Pointing out women to each other, judging their outfits or their behaviour or their sobriety and concurring that those women would be less likely to say no, to make a fuss, to fight back. Meeting younger women, vulnerable women, previously abused women, and intuiting that they’d stay quiet. Remembering times they’ve caught themselves thinking that they could overpower a woman.  Confiding in each other about the time they didn’t take no for an answer. Crying that they’re scared they’re going to do it again. That they’ve read statistics about how men who commit sexual violence are likely to be repeat offenders.

Let’s do some maths.

“It is even the case that the use of language to express truths is, for the Classical Age, intimately tied to naming. Of course, only propositional judgements, not names, are strictly true or false. But naming things properly is the key to formulating true propositions. ‘If all names were exact, if the analysis upon which they are based had been perfectly thought out… there would be no difficulty in pronouncing true judgements…’ This is because it is through the proper naming of things that language enables us to move from the vague confusion of resemblances to the identities and differences that define their true reality.”

Addicts are rarely incentivised to give up their drug of choice unless it’s ruining their life, unless it’s become unbearable to live with, unless it’s damaging them.

Are men addicted to their privilege? To staying silent? And if they refuse to acknowledge that rape is their problem, well then, it must be the victim’s. It must be women’s.

A wake-up call? Are you kidding me? Half the population has been crying in your eardrum, have been putting mirrors in your eyeballs, have been pulling at your larynx trying to get you to answer us. We’ve been clawing at your hand and screaming for help for our entire lives. Don’t you dare tell us you were asleep. You weren’t asleep. You were ignoring us. You pretended to nap through our rapes and now you want to feign a yawn and a stretch and claim all we needed to do to wake you up was leave the right book on your nightstand.

And why did you leave it to someone else to wake you up, anyway? You’re a grown man. You didn’t consider it your own responsibility to know how night and day works? You never once thought that maybe you should open the curtains? Trust me, the world will do the rest if you let it. The world always finds a way of revealing itself to those who really want to see it.

And yet so often we ignore the day-to-day reality, wait for the fictionalised version, the book, the film. Women constantly offer to share their real accounts of rape and assault, and instead society decides to focus on fiction. Maybe it’s because there, they can voice all their doubts under the guise of artistic criticism. By speaking of fictional rape victims, we can discuss their “likeability” and blame the author’s writing instead of ourselves for even needing that to be an issue. We We can call it traumatic, evocative – but we can close the book when it becomes too much. As consumers, we can silence characters, choose when to stop listening.

“Have you heard about rape culture?”

“Yeah, I’ve heard of it, haven’t read it yet. Going to wait for the film.”

But we’re expected to do it, alone.

And I’m so fucking tired.

Roe McDermott is a journalist, arts critic and sex columnist who writes for Hot Press and the Dublin Inquirer. Her writing has also appeared on Fanny.ie and The Rumpus. In 2014, she was awarded a Fulbright scholarship to undertake an MA in Sexuality Studies. Her research topic is an exploration of the experiences of Irish women who have travelled to the UK to have abortions. Roe currently lives in San Francisco, where she’s working on her first collection of essays, indulging her book-buying addiction, and figuring out where home is. She spends too much time tweeting from @roemcdermott

5 thoughts on “Roe McDermott: He Said Nothing”