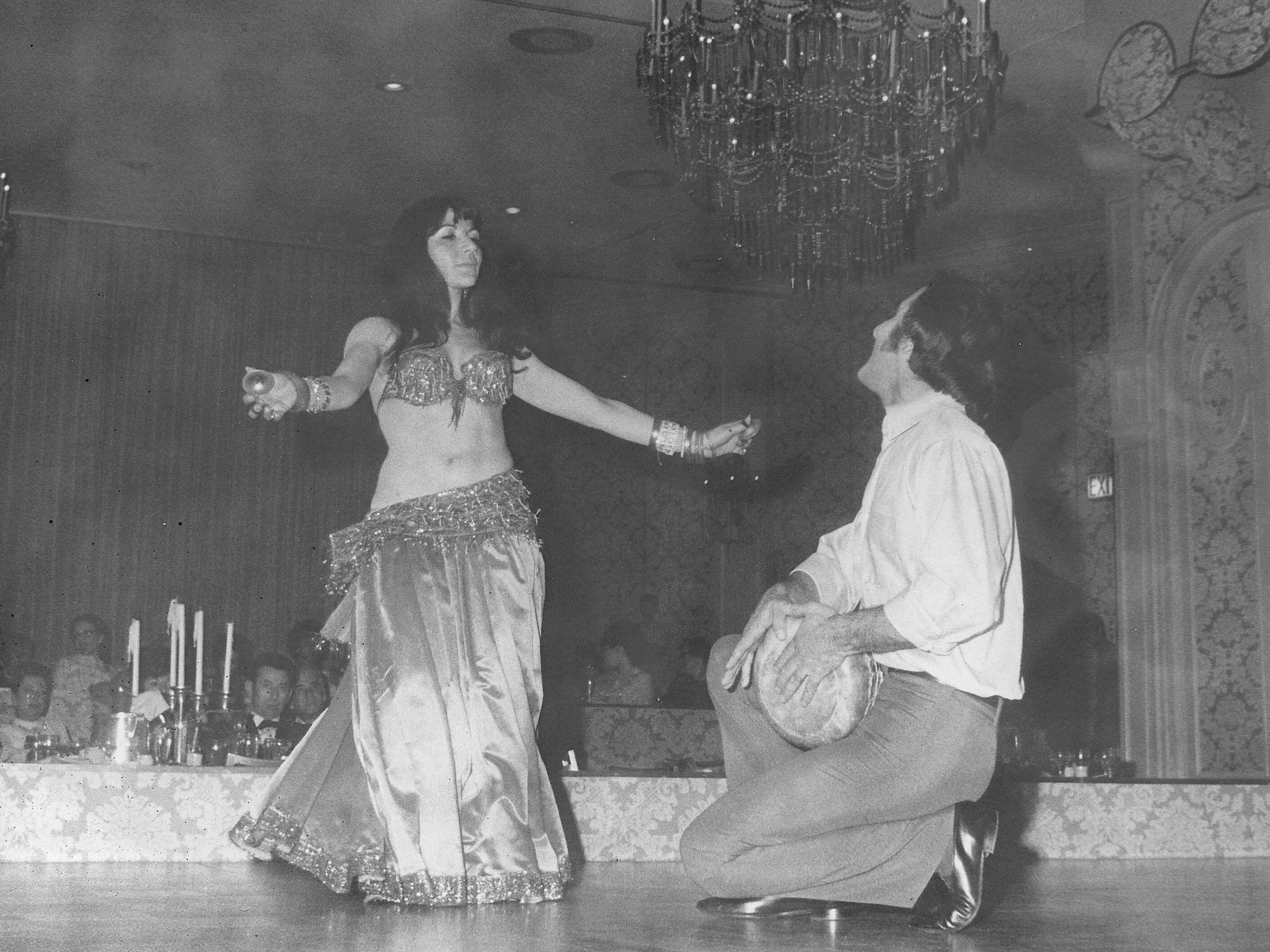 I hate my stomach. I wish I didn’t but I do. It sticks out in tight dresses, its rolls gather when I sit down, it generally protrudes. I have often felt so acutely aware of its rotundity that I have had to wear a coat indoors to feel comfortable. Some years ago, whilst lying on a bed reading a book in my underwear, my boyfriend at the time casually said that I looked like “a lady in an old painting.” He meant it admiringly (I hope) but all I could think was, “Women in old paintings do not look right.”

I love the Irish painter William Orpen, but one of his portraits in particular delights and repulses me in equal measure. Early Morning depicts a very beautiful nude woman sitting on her bed, looking up at the viewer. The flesh of her stomach collects in rolls around her middle. The striking image betrays a well-kept secret: normal women do not have flat, toned, ‘grammable stomachs. This picture is what I thought of when my boyfriend said what he said. To be fair to him, he had no idea how insecure I was about my body. Nevertheless, a comment that was meant as a compliment has instead haunted me for years and justified many wasted hours of self­-scrutiny and hatred.

My cruel attitude towards my abdomen began building when, at eleven,  I became aware that my body was something for which I could be judged. Bodily awareness is the definition of loss of innocence. Adam and Eve’s shame endures because we all understand it. Apart from the pervasive societal pressure on women to look a certain way, I had deeper layers being added to my neurosis at close quarters. Many of my close friends would praise women with model­-esque bodies to the point where the judgement took on an almost moral quality. All other aspects of a person’s character could be dismissed in the face of what was, seemingly, the pinnacle of human achievement.

I found myself parroting this nonsense and then getting furious for feeding the beast. What was worse was that I began to believe it myself. Soon I too began to obsess over any woman I met who had a flat, toned stomach and felt immediately inferior to them. (I can’t believe I am actually writing this down but, as Ernest Hemingway says, “Write hard and clear about what hurts.”)

I became particularly obsessed with one girl I knew – let’s call her Jane – who had, in my mind, a perfect body and was therefore on a pedestal that I could only claw at with my chubby fingers. I spent more time stalking her on Facebook than I was willing to admit and when I saw her in real life I would feel unworthy in her presence ­ I was the snivelling Peter Pettigrew to her elegant Voldemort. But she wasn’t evil; just beautifully toned.

“But she is actually beautiful.”

Throughout this insanity, I was, of course, interested in what was going on in body politics in the wider world outside my own addled head. Lena Dunham is the obvious contemporary example of someone blazing a trail of female physical normality, but her presence did little to make me feel better. She has been presented, in my mind, as a curiosity in a sea of beautiful people, but with the insistence that “she’s still beautiful” despite her un­-gymed body and wonky boobs. It feels like Dunham could not exist as a public figure without everyone clamouring to reassure each other that she’s attractive and therefore acceptable to be seen outside in broad daylight.

Why does she NEED to be beautiful? Couldn’t she just exist? As a person? Apparently not.

If I’m being fully honest, and I’m rightfully ashamed of this, I find it slightly uncomfortable to watch her. She’s too real, too close to the bone. And when she’s trotted out as this weird circus freak it makes her feel even farther away from the everyday-­bodied women who watch and admire her, as I do. But it’s good for all of us that she presents herself as she does and others should follow her example.

Of course, my main point is WHY DOES IT MATTER whether she’s attractive or not? I am reminded of lexicographer Erin McKean’s powerful comment, often incorrectly attributed to fashion editor Diana Vreeland, that, “Prettiness is not a rent you pay for occupying a space called ‘female.’” But I suppose we must be grateful for any progress, snail­-paced though it remains.We’re obviously not ready for a television programme with an entire cast of normal ­sized , average looking young women. Now THAT would be radical.

Elsewhere author Caitlin Moran caused a stir in July 2015 when she revealed her stomach to a crowd at a New York book signing. This was a brave thing to do.  But I could not relate to it. Moran has given birth to two whole new humans from her body and I have not. Her body is not my body, so she could not help me either.

To plank or not to plank?

I could, of course, have succumbed to the tyranny of toning and become a pilates ­bunny, compressing my stomach muscles into submission. I did not do this for several reasons, none of which were laziness (I swear).

I have an MA in the History of Fashion and spent eighteen months poring over evidence of how women’s bodies have been manipulated across the ages to conform to the latest silhouette. At least in this century, no-one dies from a punctured lung caused by a snapped whalebone or burns to death because they were trapped inside a crinoline which knocked over a candle. We should be grateful, really. I did not want to perpetuate this culture of damaging conformity and perfection. I did, however, still loathe my stomach.

What I really wanted much more than a flat stomach was to not want a flat stomach. The Buddhist conundrum: desiring not to desire. I knew, deep down, that it would never be enough. Even if I was toned and had a flatter tummy, I would always feel like it was not enough. This is due both to my perfectionism and to the shape of my body. My torso is too short; those washboard abs are just not on the cards for me.

You know what? I can now happily say that it’s absolutely fine.

It genuinely happened in the space of a week. I have always been suspicious of those Power ­of­ Now-­type personal epiphanies, believing life lessons to be much more gradual and imperceptible acquisitions. But two incidents in quick succession transformed my view of myself and lightened a load off my body neurosis to the point where I can now describe it as normal (sadly, I think it will be a long time before it’s gone).

The first lightning bolt arrived when I finally admitted to a friend how obsessed I was with Jane. She calmly replied:

“Even Jane hates her stomach.”

I could not understand.

“Yeah. She says she had to accept long ago that it was never going to be completely flat. That’s just the way she’s shaped.”

This completely floored me. Jane, my Goddess of Bodily Perfection, was insecure about her stomach. I was deeply saddened for all women that this was the case, but I also felt a huge weight lift off me; a sense of seeing a shaft of light for the first time.

The second incident in my Epiphany Week was a corroboration of the first – I came across this revelatory passage in Siri Hustvedt’s novel The Blazing World. Her main character, Harriet, says:

“What interested me were perceptions and their mutability, the fact that we mostly see what we expect to see. Didn’t the Harry that I saw in the mirror change enough as it was? I often wondered if I could truly see myself at all. One day I found myself all­-right-­looking and relatively slim –­ for me, that is ­– and the next day I saw a sagging, bulbous grotesque. How could one account for the change except with the thought that self-­image is unreliable at best?”

It was one of those moments when, as playwright Alan Bennett so wonderfully explains, “It is as if a hand has come out and taken yours.”

Now when I look in the mirror and flinch or pout, I immediately laugh at myself; reminded that what I see is not reality but my own warped view of myself. Best to forget about it altogether, to reach a state that Hustvedt describes elsewhere:

“Before I leave the house for an evening out, I check myself in the mirror for just a moment and then I go off, happily ignorant of what I look like when I am living my life.”

I still hate my stomach and am ashamed to admit that I still admire a taut tum, but it no longer bothers me half as much as it used to. I regret the years of wasted energy I spent obsessing over something so trivial and I hope some 18 year old reads this and saves herself some torment. But maybe she’d have to go through it all anyway.

Emma Gleeson works in theatre in Dublin. She has an MA in The History and Culture of Fashion from the London College of Fashion, where her research focus was sustainability.