Respected American author Rebecca Solnit wrote in ‘Wanderlust: A History of Walking’: “I suspect that the mind, like the feet, works at about three miles an hour. If this is so, then modern life is moving faster than the speed of thought, or thoughtfulness.”

Solnit (who popularised the word ‘mansplaining’) may be right. In the past year, intellectual infrastructures and social conventions have been shaken violently by none other than US President Donald Trump, whose racism, sexism, tiny hands and penchant for bragging about sexual assault is so well-documented that to mention them feels like repeating a long-held, immovable fact – like “the sky is blue,” or in Trump’s case, shouting “WRONG!” repeatedly until everyone else just… stops talking.

What is a woman to do when modern life exceeds the speed of rational thought? She thinks – and votes – with her feet. Around 100,000 people are thought to have taken part in the London Women’s March two weekends ago, strapping, lacing and zipping up their marching shoes. The hashtag #MarchingShoes popped up on Twitter and Instagram, with users showcasing their vessels of bipedal resistance.

For the able-bodied, walking is a common denominator. These shoes carried women who walked for those who couldn’t – because of disability, illness or impracticality.

#MarchingShoes is not street style. It is not posing. It is not a quest for fashion Brownie points or personal validation. While the women (and men) photographed at the march were of all ages, races and nationalities, the pictures taken below better articulate a universality: we are all different but all valid. We are unified. The individuality is in the shoes and the wearers, but the movement – the synchronised propulsion towards equality – makes the marchers as one. 100,000 pairs of shoes bore 100,000 people over cobbled and gummed-up streets, over cracks and potholes and uneven kerbs, through stretches of serenely flat tarmac-ed roads where red double-decker buses puttered by in the cold, clean sunlight.

100,000 pairs of trainers, boots, heels and flats all moved towards the same meeting point.

SW: “And what do you think about Trump?” 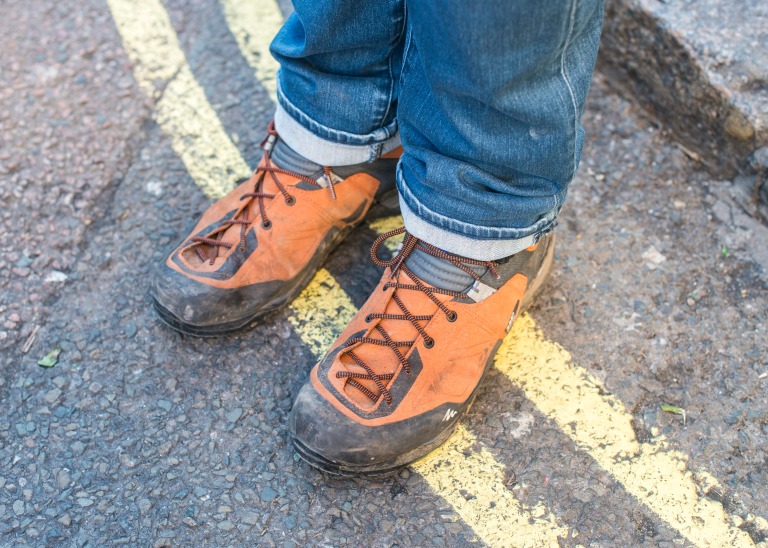 Nic: “I’m here because of general solidarity with women and a feeling that the world is pushing too far to the right. I like that there are lots of different people here with lots of slightly different reasons and that’s OK. We’re all here to protest against this.”

Moa: “Exactly. I’m here because my friend brought me. I agree with everything she said – I just drank too much gin last night and can’t articulate it properly.” 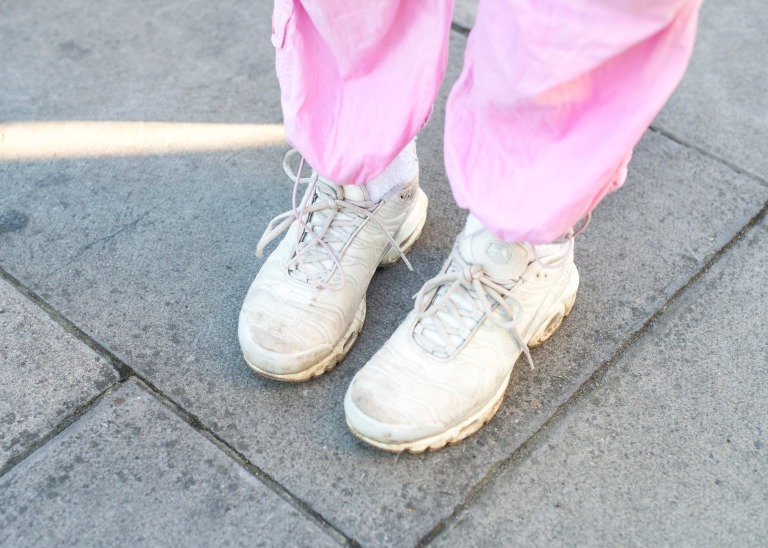 Chloë: “I’m here for a myriad of reasons, really. Solidarity with women and an intersection of feminism, solidarity with American women having to deal with their head of state. For our NHS, which is being dismantled right in front of our eyes and nobody seems to notice – that is a shining example. There’s a lot of work to be done.”

SW: “What do you think about Trump?